St Andrew’s seeks to be a good steward of the environment, which we understand is a gift of God for us to care and nurture.

After several years of planning and work St Andrew’s was given its first Eco-Congregation Award in March 2008. The assessors were impressed with the achievements both in and around our church buildings, the manse and caretakers house. Our recycling initiatives and garden landscape project were highly commended. 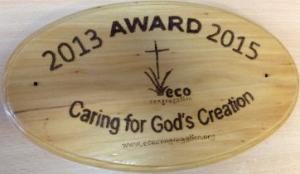 Since then  St Andrew’s commitment to care for God’s creation has continued and following an independent assessment in January 2013 St Andrew’s was unconditionally awarded a second Eco-Congregation Award. The assessors particularly commended how care for the environment/God’s creation and good stewardship is integrated into the life of St Andrew’s, from worship to children’s work, care of premises to our social justice agenda and beyond. Click for the report of commendations and potential future work.

Aiming to make our grounds more attractive and usable for the whole community St Andrew’s worked in partnership with 6 Landscape Design students from Leeds Metropolitan University who St Andrew’s consulted widely and developed a design. Following fund-raising and grant applications the first sod was turned in 2007 and the garden completed in 2008. Featuring at the front 3 celtic knot style concentric circles linked by a winding path we have a welcome area surrounded by 12 box trees representing the 12 disciples, a sensory garden with cross feature in the path and a spirituality/worship area with ‘organ pipes’ as a key feature. There is new planting around the rest of the church and an ‘eco-area’ and BBQ stations and camp fire pit at the rear.

The garden was formally opened by the Lord Mayor of Leeds, Cllr Frank Robinson, and dedicated to God by the Moderator of the General Assembly of the United Reformed Church, Rev Dr Stephen Orchard on 25th May 2008.

St Andrew’s seeks to be a good steward of the environment, which we understand is a gift of God for us to care and nurture.

St Andrew’s shares the love of God through a series of collections throughout the year. Items collected include food and toiletries for refugees and asylum seekers, blankets, sleeping bags and bedding for homeless, new and nearly new toys books and games for needy families in Leeds at Christmas. 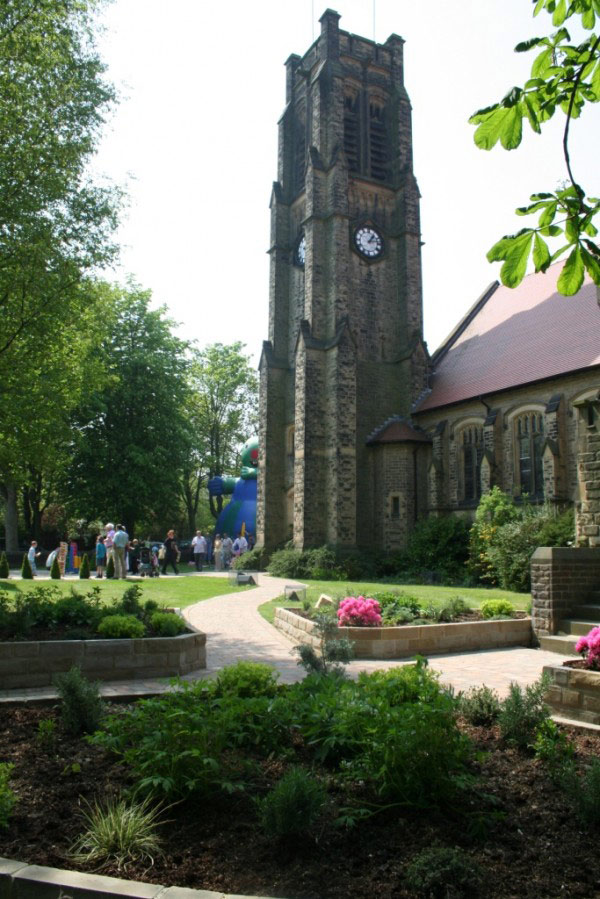