“The United Reformed Church’s long-term support is so precious to Christian Aid. Commitment for Life has existed for 25 years and has enabled work that gives us so much to celebrate. I value the lasting relationships that have grown between Commitment for Life churches, our partner organisations and the Christian Aid staff who work in Bangladesh, Central America, Israel and the occupied Palestinian territory and Zimbabwe.”

Each United Reformed Church chooses a particular area, on which they would like to receive information and resources. St Andrew’s has chosen to try to understand the problems and to pray for Israel and the occupied Palestinian territory. Commitment for Life has been a wonderful way in which the URC has been committed to overcoming poverty and tackling injustice. Our partner’s work is required more than ever in Israel and the occupied Palestinian territory, where the two only meet as enemies.

This year we want to tell you about Amina, who joined a community protection group which involves women, men and young people. Amina is 27 and has a degree in business administration, she has 4 children. She wanted to see improvements in her community. “Women in Raboud were usually housewives, at home with our children. Now we are working on projects that benefit the whole community”

With help from Christian Aid women were becoming more self-confident and sharing thoughts on tackling issues in the community. One was that their rubbish was not being collected and their local village council wasn’t hearing their concerns about health risks.
The protection group encouraged her to stand for the local council. Amina was nominated and then elected as the first female member of the local village council. CforL through Christian Aid and the YMCA on the ground have helped the people of Raboud to improved their health clinic, where they can now carry out breast cancer screenings. They also built a culvert and bridge so that they can cross the stream of sewage running onto their land from a nearby illegal Israeli settlement, which cuts off access to their olive and almond trees. 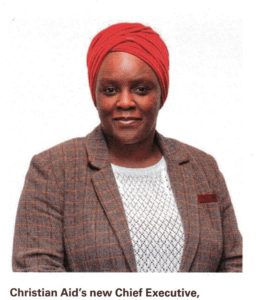 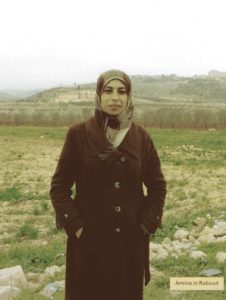 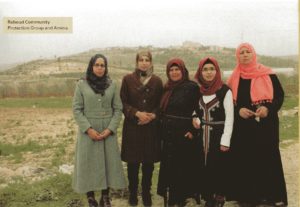